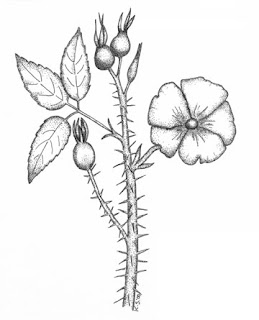 Writing a picture book has special challenges. At 500-1000 words, you can't deviate from the main idea if you want to have a cohesive storyline. No superfluous details. It is necessary to be thrifty with words without being stiff or simplifying so much that it's insulting. Believe me, kids know when they are being spoken down to. My daughter shuts a book with a snap when this happens, proclaiming, "This writer thinks I'm dumb!"

I digress. I did in my picture book as well. The area of growth for my main character was OK, but I had way too many other ideas working in the background. Each one of those ideas could become a story on its own. It was also clear that I needed to dwell on the conflict a bit more to rev up the tension.

It was a great editing session and my head was swimming when it was over. I will admit that I was overwhelmed and had doubts about my ability to do this. I'm committed 1000% to this program, so what else could I do? I started writing and cutting things out and hitting a lot of dead ends.

My daughter helped keep my sanity in check, pointing out that it looked like a good time to plant the vegetable garden. (Actually, she asked the question, "When are we going to plant the garden?" over and over and over. Same thing.) She was right.

The garden was a big job too. I wanted to do it right for an optimal yield of vegetables, so we set out to sift all of the soil in our 5 foot by 8 foot raised bed. We sifted and sifted, getting rid of the big clunky parts and making sure the worms stayed in with the fine fluffy stuff. That's when it dawned on me that gardening is a lot like writing a picture book. I felt renewed thinking of and feeling the process in this different way. Keep all the good stuff that makes the story flourish - especially the worms - and toss the rest. It was then that my picture book characters began to behave differently as I watched the interaction between my daughter and myself in this long and challenging project we were sharing in the garden.

Yesterday I sent my latest revisions to Yuyi. My hope is not for a perfect edit, but that all the elements will be in place to begin the next phase of the project. I didn't have the luxury of time to storyboard this version - too much overlap between clients and the Mentor Program at this point. Maybe I'll be able to do it while I'm waiting for feedback.

This post is about the length of my picture book so far. One of my goals was to keep it under 700 words so I had leeway in editing. Stay tuned for the next stage of my Journey!
Email ThisBlogThis!Share to TwitterShare to FacebookShare to Pinterest Posted by A Journey Illustrated at 8:29 AM